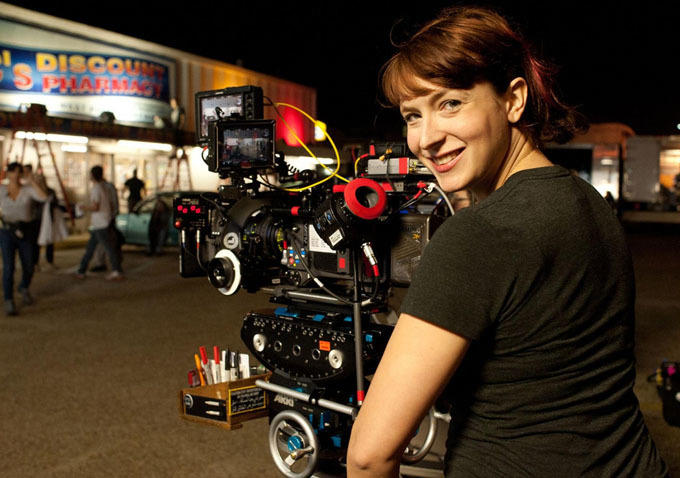 September 12, 2013 In Indiewire By nancynigrosh

Memo to Screenwriters #3: Being Solely Identified by Your Scripts Leads to Permanent Identity Crisis

Like so many others, Elmore Leonard, god bless him, praised writers for their “perseverance to just sit there alone and grind it out.” Of course writers might think he was only referring to writing, especially when coupled with his memetic 10th rule: “if it looks like writing, re-write it.” Taking this credo too literally is certain to drive writers even further into the ivory tower of the introvert. Justified, indeed.

Elmore Leonard’s fans don’t have to have read his work extensively or at all, to uh, “know” him. He presents himself as a look-us-in-the-eye type, not some remote artist alone in a tower being celebrated from afar. In other words, Leonard exists to us as a man, not solely as a writer. His appeal extends beyond what’s on the page — the other half of the career equation. Even an opposite icon like J.D. Salinger’s controlled seclusion and rejection of immortal author conventions are just as famous as the characters he created. We know what these writers look like. We can even imagine what their opinions on various topics might be. Even though they are no longer alive and writing, they still speak through the media in identities separate and apart from their work.

I was recently asked about the difference between a screenwriter’s identity and a screenwriter’s voice. Simply put, in a screenplay it’s the “voice” collected into pages that’s put up for sale. If the writer’s persona has been left behind embedded in the pages, versus used portably as a sustainable tool the writer can re-use, then the writer has to start from scratch with every screenplay to gain back any kind of self referral as an artist. Imagine if the DIY self-published authors of today followed the technique traditionally used by screenwriters to simply type their name under the title as reference to authorship with no personal outreach to their readers. END_OF_DOCUMENT_TOKEN_TO_BE_REPLACED 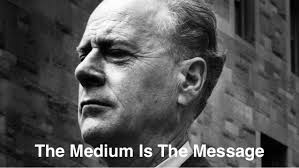 Memo to Screenwriters #2: Like E.L. James, You Can Change the Game

In the 1960s, Marshall McLuhan emphasized the value of message and the medium the message uses over its creator. This idea flies in the face of the modern era’s printed book as the ultimate expression of the writer, who toiled in glorified isolation as the big publishing house distributed it magically across the universe. McLuhan went on to predict a wireless world, where all messages are accessed instantly to and from a collective brain–what we now call mobile media.

Ever since authors shed the fantasy of a big publishing house model, many midlist and novice writers have opted to write speculative books delivered to reading tablets–print on demand–once they realized that they had the distinct advantage of having a product they solely owned that could be bought directly online. Now writers manage not only all creative decisions but also their own metadata, including ISBN number and price.

The most successful among them, “Fifty Shades of Grey” author E.L. James, strategized with aggressive genre mastery. She identified and directly engaged with present and future readers in social media hangouts. She insured that the upload to Amazon, iBookstore, Barnes & Noble, Kobo and Sony Reader could truly pay off. Big publishing houses had long overlooked such popular fiction genres as romance and science fiction. Now big houses along with the public (and movie studios), scout for bestselling indie authors.

Which prompts the question: what can screenwriters learn from this? END_OF_DOCUMENT_TOKEN_TO_BE_REPLACED 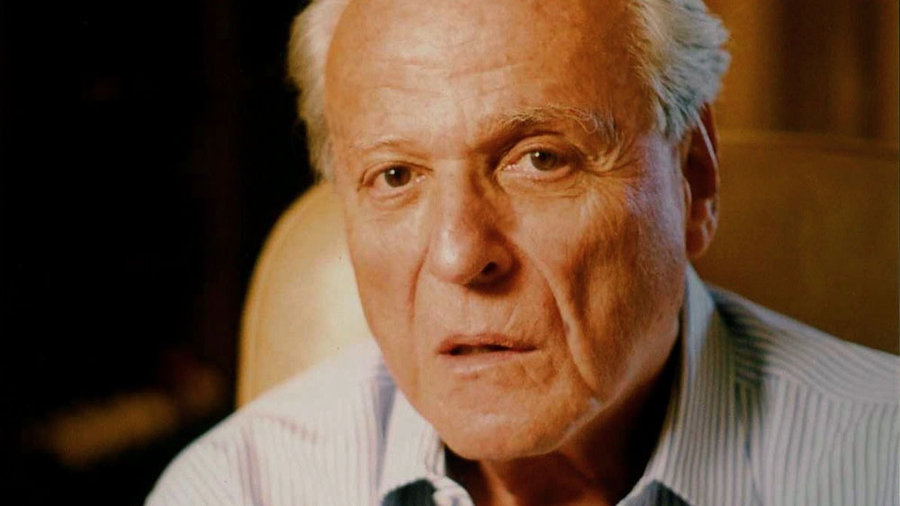 William Goldman got it wrong. The screenwriter’s gospel according to Goldman, “nobody knows anything,” may have been true once upon a time in an analog age, but in an era when screens are pages and stories are being delivered at an accelerated pace, entertainment is instant and constant. If anything, at this point, everybody knows a lot. With sea change comes opportunity. What if the future of storytellers has never been brighter? The hunger for original material is spread wide across a global digital ecosystem. The opportunity for writers to reach readers has never been easier. Anyone with a smart phone can read your work.

Back in “the day” of his iconic book, “Adventures in The Screen Trade,” William Goldman pierced the veil of Hollywood realpolitik by exposing its Achilles heel of arrogant, out-of-touch arbitrary thinking. Traditionally realpolitik informed one giant stakeholder’s self interest by pitting it against another’s. The Hollywood David and Goliath version is played out like clockwork every three years between screenwriters versus their employers, or, “the companies”, as they are termed by the WGA collective bargaining label that lumps together media conglomerates and the individual producers who work for them. Thirty-five years of WGA strikes and strike threats that carried out the same negative result, have financially devastated the modern studio system as well as the bank account of an average WGA member. In this scenario, nobody has won. In that sense, Goldman got it right.

But some storytellers have successfully jettisoned the traditional distribution platform altogether. Consider indie book authors’ increasing reach to connect to an audience, versus decreasing ones for screenwriters. Indie/e-publishing authors know their readers directly through Amazon’s retail label, generate their own appearances at events, manage blogs or tweet, creating an impact equivalent to George Eastman’s portable ‘brownie’ on the studio bound 19th century cameras powered by a gunpowder flash. This revolution, however, hasn’t translated at all to screenwriting. Since the 2007 WGA strike, no matter how many spec scripts they write, screenwriters are more dependent than ever on managers, agents and producers. Never has it been more important for screenwriters to become well versed about their dwindling options in the playing field of Hollywood-generated entertainment. ‘Well versed’ doesn’t refer to writing but to taking active responsibility to accrue strong, genre-driven portfolios, brush aside urban media legends, and visualize Hollywood as a competitive contact sport, with explicit levels, points, and goals. Screenwriters must be engaged players in all effective social media with the same self-taught ferocity expressed by the best self sellers. END_OF_DOCUMENT_TOKEN_TO_BE_REPLACED 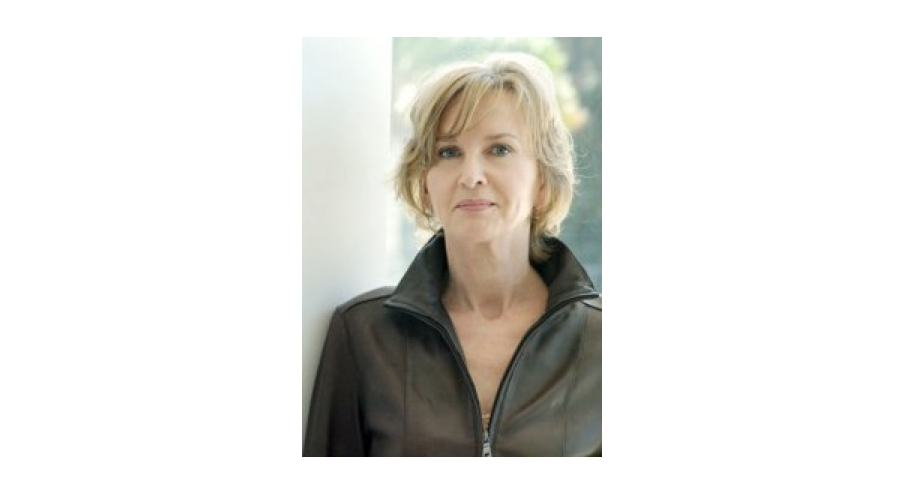 October 2, 2008 In Indiewire By nancynigrosh

Screenwriting in Hollywood: A Modest Proposal

It’s time to take one last look back at the two and a half decades I spent as an agent. Of all the questions I’ve had over the years, there’s one that most burned and bothered me: Why is it so ingrained in Hollywood that one person alone cannot write a producible screenplay?

The Writer’s Guild Of America’s 2007-8 strike was supposed to be about a bigger piece of the pie for the future distribution of a writer’s produced work‚ the pie in the digital sky. But the real truth is that the actual day-to-day script development process based on writer elimination has created the real strife. Historically this practice has led to the cyclical bloodletting every time the guild’s contract with the buyer /employer gang known as the Association of Motion Picture and Television Producers, expires. If something doesn’t fundamentally change, there will be more strikes in the future, as each contract expires, creating a negative cycle of meltdown Hollywood and its doting mama, California, can ill afford.

Novelists, playwrights and poets are not rewritten by other writers. Even journalists do the deed pretty much alone. But screenwriters not only routinely and eagerly replace each other, they are tactical in their competitive quest for credit, credit that is not only emotionally gratifying but financially existent. Without credit, future opportunity, immediate and contingent compensation, dissolve. All that hard work to get beyond base camp, undone. Back to square none. Meaning – what do you tell your family, friends, former classmates, neighbors, and people you’ve yet to meet – that you did work on something glamorous for possibly years even, but in the end, your name didn’t scroll by? END_OF_DOCUMENT_TOKEN_TO_BE_REPLACED