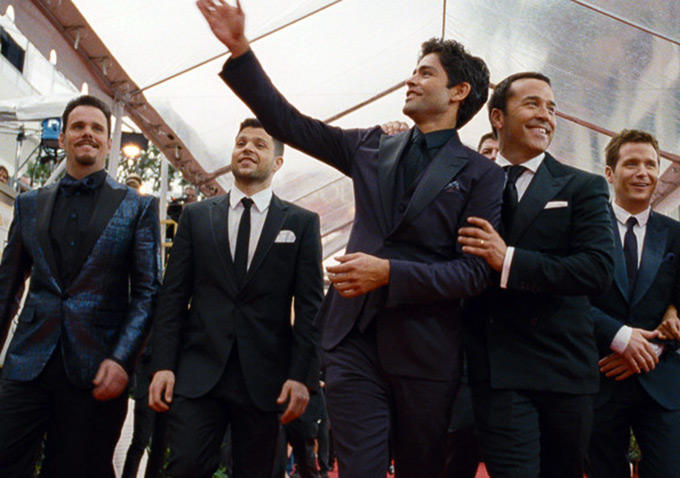 August 13, 2015 In Indiewire By nancynigrosh

If You Want Screenwriting Career Tips, Ask A Literary Agent

I ask every class I teach: “What does an agent do?” And wait. There’s silence until someone finally volunteers. Typically it goes like this:

Many people seem to think of agents and writers as being in some form of doctor/patient relationship — a dreaded necessity due to an illness or injury that requires professional intervention. It seems to be a lot easier to trust a clinician’s skills than your average literary agents. Not so with managers, who generally receive a hearty thumbs-up. “They really care about you” is the comfort meme, while the conventional sentiment “agents only care about the deal” won’t go away.

All the managers I know personally or professionally care just as much as the agent and the client about the deal. Managers also care about the essential role agents play. Yet, unless that manager was once an agent, even the manager often considers (along with the client) the literary agent’s playbook to be as mysterious as a magician’s hat. Everybody knows for certain that lit agents zero in on high-profile media buyers in order to broker high-end intellectual properties. While they’re hanging out in the media-marketplace, they can also secure gainful literary employment for their clients. But no one is exactly sure how they do it. It would take several hundred pages to explain how and why literary agents do what they do.

So, agents are clinicians to clients, and magicians to buyers. Nevertheless, their skills, though obviously invaluable, can also create doubt and instability inside an intimate alliance between writer and a agent. This alliance demands that literary agents be experts in negotiating changing realities in an evolving marketplace, while staying in touch with a writer’s expectations. The majority of literary agents, like their clients, work alone, organizing meaningful information from multiple sources in a committed effort to convert that information into calculated opportunities. Then something unexpected happens. It’s hard to evaluate, calculate or measure what an agent does. It’s too subjective, which makes the job hard to appreciate. There’s a general suspicion about what agents do, both inside and outside the industry. Everyone likes to size up and denigrate the agent’s profession.

Whether they’re understood or appreciated, lionized or devalued, literary agents, often in tandem with managers and entertainment attorneys, professionally orchestrate more than 99% of all screenwriting careers. Yet the web contains no end of screenwriting career recipes snapped from the lens of one person’s single literary or literary-related career (in declarative “listicles” of career must-haves and must-do’s). Doesn’t insight from the lens of only one career seem a little… narrow-minded? Those who know most about the professional screenwriting trade are literary agents, whose seasoned expertise encompasses thousands of careers.

I was often told I didn’t “seem like an agent,” as though this were a compliment. I was proud of the job, handed down to me by my mentors, Phil Gersh and Scott Harris, who created his own fiercely independent agency that consistently books high scores in the daily talent hunger games. Scott was trained at the William Morris Agency by  TV maven, Jerry Katzman. Also, Scott’s dad had been among the well-armed ranks of Lew Wasserman’s MCA, once upon a time the largest talent agency in the world. Wasserman invented the 16-hour workday and broke the long-term studio contract system. Jack Valenti likened Wasserman to a God, rather than a mere Hollywood “Godfather.”

Phil represented a dazzling array of talent — among them, Humphrey Bogart, Robert Wise and Don Siegel. He didn’t dwell on his own past, but preferred to tell me Golden Age nuggets about the career-steering feats of Charles Feldman and Ray Stark. Feldman invented packaging and profit participation. His clients included Cary Grant and John Wayne, while Stark started out as a literary agent representing Raymond Chandler, then branched out into talent and shepherded the careers of Marilyn Monroe, Ava Gardner, Kirk Douglas, Richard Burton and Ronald Reagan. Phil also enjoyed reminiscing about lesser-known participants, like the raspy, chain-smoking studio business affairs attorney, who invented rolling “breakeven” — which may have been inspired by his tobacco habit, since it was as inexhaustible as a studio’s overhead expenses.

Conversations with Phil made it clear to me that agents had the best access to information by virtue of their incentivized maneuverability, especially when it came to the guarded inner-workings of the entertainment machine. He taught me about very specific insider-business behaviors, gauging predictability and unpredictability as part of the art (and science) of the deal. I learned that in Hollywood, a negotiation could be as grubby as a wrestling match over the cash drawer, yet at the same time, as cerebral as chess.

He explained many other important concepts, while warning me about routinely camouflaged snares. He was also quick to give tough love. While I was still a baby agent, I made the mistake of insisting that a production start date for a script I’d sold was poured in stone, though no star was set. The director’s pay-or-play date passed, so to update the agency’s talent and below-the-line departments, I announced the film’s production start at the staff meeting, to which Phil retorted, “She’s right. They’re starting on that date… with or without actors!”

A key difference between a missile and a rocket is that one is guided while the other isn’t. Agents strategically calibrate career trajectory for maximum impact using their unique tactical training in service of creative storytellers. If you want to know all about what it takes to have a screenwriting career you want, ask a literary agent.